Australia has the largest dromedary population in the world, but we rarely see these animals face to face.

Camels are now considered a pest in WA, and unfortunately thousands are culled every year. Meet Dr Max Bergmann: the blind cameleer wanting to change our perspective on these often misunderstood animals.

Passionate about creating a sustainable and ethical camel farming industry, through running his farm DromeDairy Max hopes to shed new light on camels and educate us on the benefits of the next big thing in superfoods – camel’s milk! 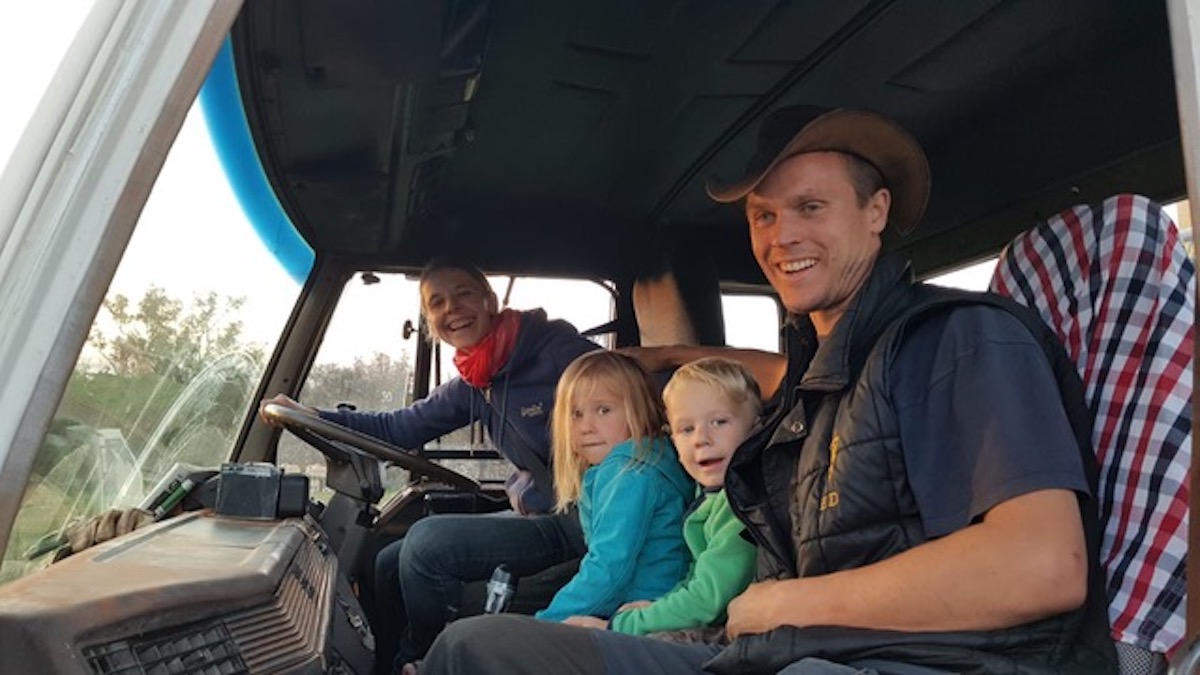 Max was diagnosed with Retinitis Pigmentosa at just eight years old, leaving him almost fully blind with only 2-3% of his peripheral vision. A former Paralympian, Max has turned his background in and love for agriculture into a successful business, DromeDairy.

The idea for starting a camel farm came after his wife Ronja watched a documentary on camel farming in Australia. Having a passion for practical agriculture and completing his PhD in Agricultural Science, it was always a dream for Max to own his own farm one day, a dream that began to be realised when he rescued three camels from the wild.

Max has never let his impaired vision stand in the way of his dream. He believes his disability allows him to build a connection with camels and pushes him to achieve the best in his life.

“I’m a big believer in if you want something, make it happen, keep pushing and don’t let things stand in the way of everything you can achieve,” Max says. 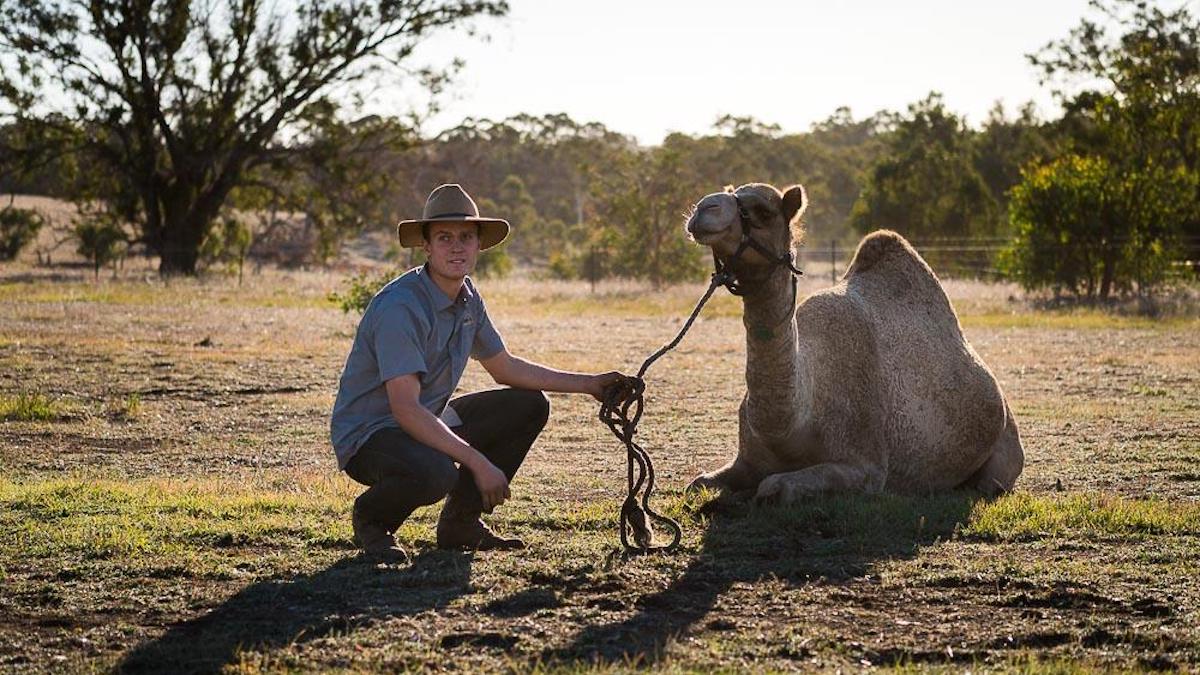 Camels were originally introduced to Australia during the goldrush, used for transport and exploration. These animals were later replaced by motor and rail transport, and many were either destroyed or released into the wild. Camels thrive in environments such as the dry remote areas in Australia. WA in particular is very well suited to camels, and is now to home to both one of the healthiest herds of camels, and the largest dromedary population in the world.

In Australia we typically associate cows and sheep as farm animals, but it is becoming increasingly known that these animals are not suited to the Australian climate year-round. On top of this, Australian taxpayers currently spend $5 million a year to shoot and kill camels. Max believes this money could be spent investing in building a sustainable camel farming industry, and better utilise Australia’s climate and resources.

The camels at DromeDairy are rescued from Australia’s outback, and are tamed and trained at the camel farm located in the Perth Hills. Max and his team adopt gentle, trust-based training techniques, minimising the stress on the animals and ensuring herd structures are maintained. The farm is located roughly an hour’s drive from the Perth CBD.

DromeDairy was started by Max in 2015 when he rescued three young camels from the wild, Elke, Petra and Rita. He quickly fell in love with the animals and soon began expanding his camel family. Max discovered through milking his camels the effect it was having on his skin, and he soon began researching camel’s milk and discovered the benefits of this unlikely superfood. This was the beginning of Max’s business, DromeDairy Body + Skin.

“In the near future I would love to open a café either on the property or near the farm to showcase the camel milk,” Max shared.

Constantly on the lookout for the next big thing for his camels, Max says there’s even talk of creating a camel vodka with a local distillery! 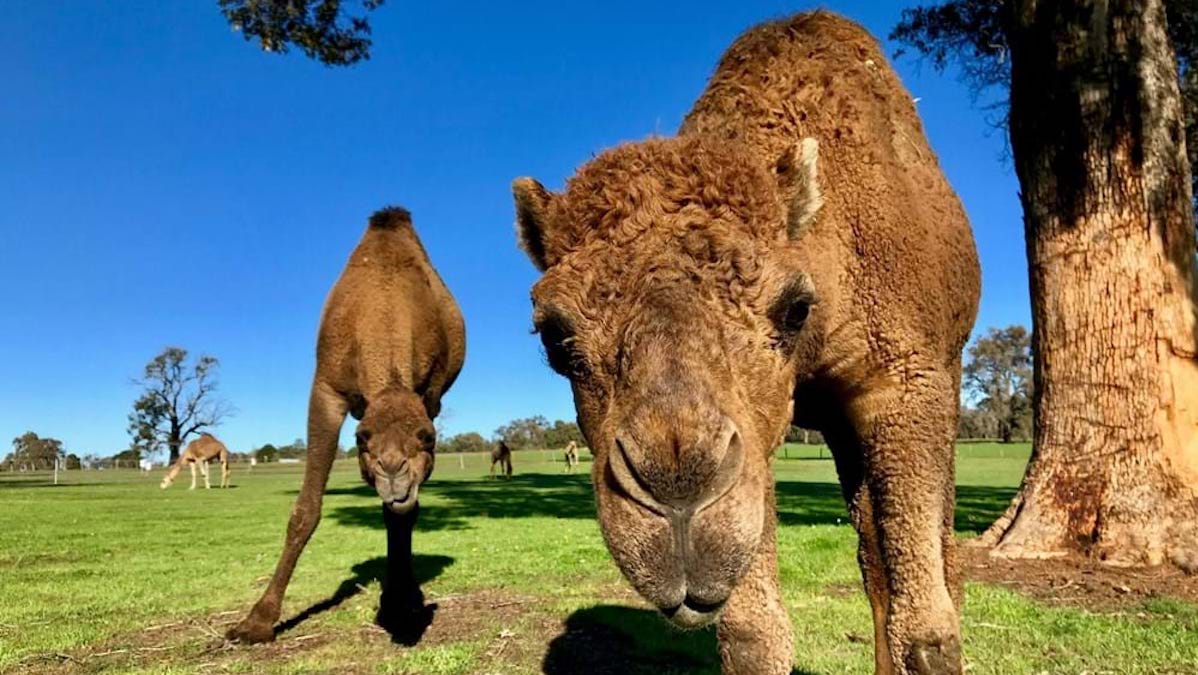 Camel’s milk, the next big thing?

Have you ever considered trying camel’s milk? This cow’s milk alternative may be the next big thing! An unlikely superfood, camel milk has recently been found to be highly beneficial, packed with a combination of vitamins, minerals, antioxidants and essential fatty acids. Camel milk also contains less lactose than regular cow’s milk, making it a healthy alternative for people sensitive to lactose.

DromeDairy itself does not currently supply camel’s milk to its stockists, but they produce their own hair and skin range as well as offering customers the opportunity to purchase camel milk powder. Good Earth Dairy, another camel farm located north of Perth’s CBD, supplies camel milk to a range of small grocers. Keep an eye out, camel’s milk might be available at your local café sooner than you think…Camelcino anyone?! 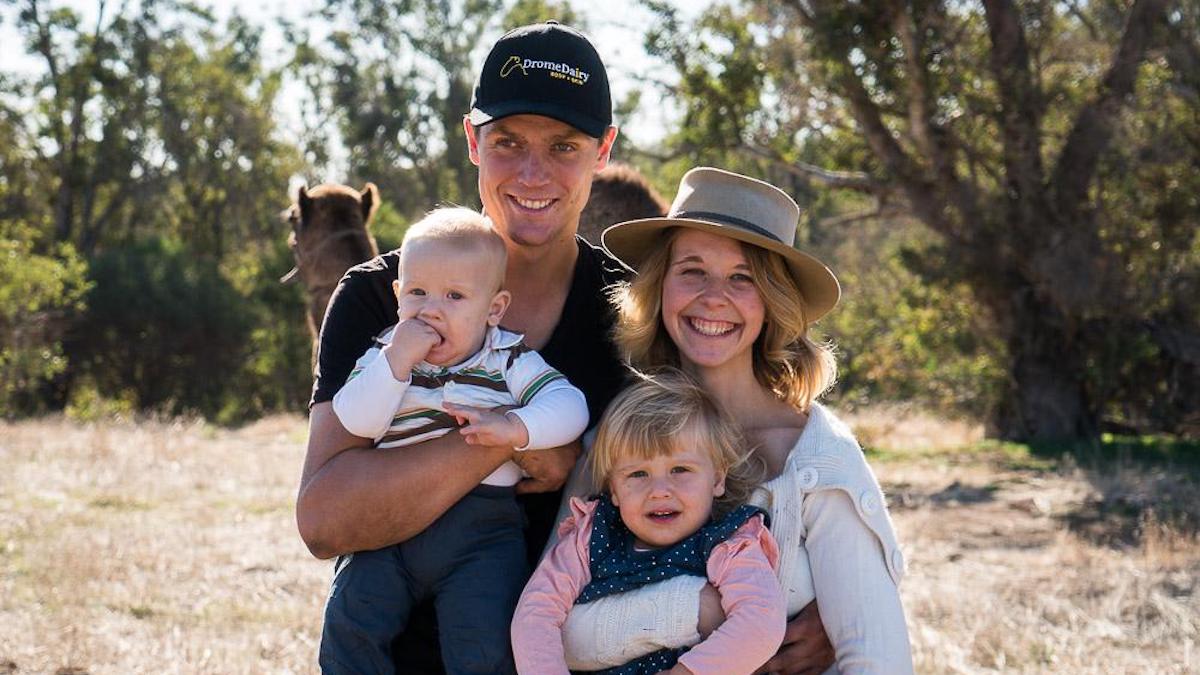 A visit to the DromeDairy camel farm is a fun and unique experience for the whole family. If you’re wanting to experience the farm for yourself, DromeDairy offers free entry to the farm on the first Saturday of every month, where Max will take you on a guided walking tour of the farm and is happy to answer any questions, along with offering camel facts, myths and stories. You might even get to snap a #camelfie with your favourite camel!

If these times don’t work for you then there is a local Perth business offering tours to DromeDairy. Lumineer Adventure Tours offer a Gin/Wine Tasting Dinner in the Paddock Tour. The tour takes you through the iconic Swan Valley region for gin/wine tasting, before taking a scenic route through the Avon Valley to visit DromeDairy, where Max will give you a tour of the farm. You will then settle down for a classic Australian BBQ dinner under the stars, followed by a bit of stargazing.

To find out more about DromeDairy and browse their range of camel products, check out their website.

PrevPreviousWhere to go stargazing near Perth: must-visit observatories and tours

with Dinner in the Paddock & Stargazing

Danielle WThe entire tour was fantastic!!
Read More
Varied sights and activities around the Toodyay area. Gavin, our host, was very knowledgeable, well organised and even picked us up and dropped us back to our accomodation in West Toodyay. The Drome Dairy Camel Farm was the highlight for me. Learnt alot about the camels, did some stargazing and enjoyed a scrumptious BBQ dinner at the farm, topped off with some quality Cab Sav from Coorinja Winery. Amazing tour price. Do yourself a favour...

Phattharanit PToodyay Stargazing & Camel Farm
Read More
My friend and I had a lovely time at Toodyay. Stargazing experience at a camel farm was amazing . We saw bright stars with a comfy blanket. Gavin our tour guide is knowledgeable and friendly. We loved the dinner, especially the custard with fruits.

Sharpeez CornerJam-packed day trip to the Pinnacles
Read More
Lumineer Adventure Tours did a fantastic job facilitating a jam-packed day trip to the Pinnacles for my mothers 70th. We were all amazed with the landscapes and many natural colours, as well as the information on fauna, native plants and stars. The kids loved the sand-boarding! A special thank-you to Natalie for driving us and organising the treats, making it a truly wonderful experience for us (..and Happy Birthday to you too!).

g0rjeniGreat way to spend an afternoon/evening
Read More
Collected in a spotlessly clean, spacious, modern Mercedes bus for our trip to view wild flowers, a winery with great fortified wines and then onward to a camel dairy for an evening barbecue before stargazing using great equipment. Would highly recommend this trip as something completely out of the ordinary.

Beautiful evening with the camels, ready for ...

Toodyay Dinner in the Paddock and Stargazing ...

Dessert Ready 😊 so excited to be on tour again ...

Beautiful array of everlasting wildflowers to ...

The Pinnacles at sunset never disappoints , the ...

Keep up to date with our outback stories, receive exclusive offers and be the first to join us on our latest adventures.